Didymo Invasion of Nearshore Lake Superior and its Tributaries 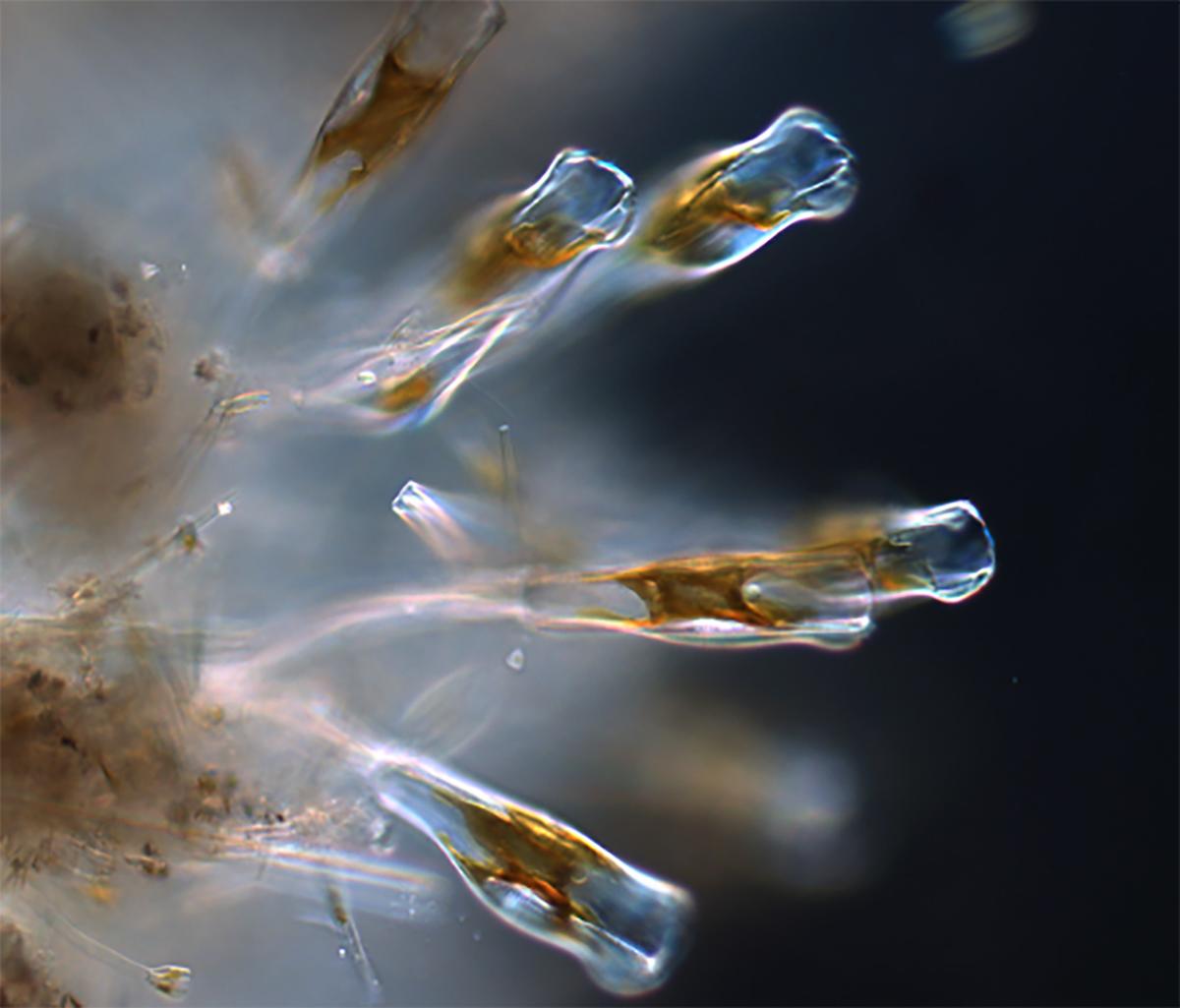 This study of Didymo (“rock snot”) represents the first systematic survey along Minnesota’s North Shore streams and nearshore Lake Superior and will provide foundational data on the occurrence, phenology, and genetic diversity of Didymo. These data will be combined with ecological community data at multiple trophic levels to assess the potential impact of Didymo invasion or expansion on aquatic food webs.

The first nuisance growth of Didymospenia geminate (aka Didymo) recorded along Minnesota’s North Shore was from the Poplar River in 2018. Didymo is a freshwater diatom (a type of algae) that can form nuisance mats (called “rock snot”) in coldwater streams worldwide. Formation of mats in streams has aesthetic, economic, and recreational impacts. Didymo mats have been documented in the near shore algal community of Lake Superior since the 1960s with increasing frequency since the 2000s, possibly compounding the threat to nearshore fisheries recruitment. Didymo mats disrupt community structure and ecosystem function in streams, alter habitat and food web dynamics, and impact fish and invertebrate abundance and diversity.

The objectives of this project are to:

Much of Minnesota’s North Shore tourist economy is generated by recreation within the tributaries and shoreline of Lake Superior. The cost of a Didymo invasion on tourism is significant due to the obnoxious mats produced by this alga (“rock snot”). The damage from rock snot invasions has been in the tens of millions of dollars annually in other regions (e.g., New Zealand). The potential costs to fisheries and coldwater habitat are almost completely unknown due to limited data on spawning habitats for coldwater fishes in the North Shore of Lake Superior (particularly Cisco and Lake Trout). Because invasion and possibly expansion of “rock snot” has already begun, it is important to quickly determine its origin and trajectory so management agencies have a chance to control further spread and understand which ecosystems are most sensitive to range expansion.

Depending on the genetic origin of Poplar River Didymo strain, the results from this study could guide local resource managers down potentially different pathways. If the Poplar River Didymo is determined to be an exotic strain, outreach (i.e., a clean-in, clean-out campaign) and regulation (i.e., banning or discouraging felt-soled waders) could be enacted by legislators to minimize the spread of aquatic invasive species and raise community awareness of the problem. If the Poplar River population represents the first expansion of the nearshore Lake Superior Didymo strain into rivers, then understanding the environmental mechanisms that triggered this will be critical in determining the sensitivity of other North Shore streams to similar invasions in the future. In either case, the timing of the provision of this information is critical in that it allows local managers to formulate a science-based response to head-off the invasion or understand the future expansion of native Didymo before the problem intensifies.

Support for this project is provided by Minnesota Sea Grant’s 2022-2024 Biennial Request for Proposal program. Every two years MNSG awards approximately $2 million in research grants through a rigorous, competitive, peer-reviewed process. Researchers based in Minnesota, who are not federal employees, are invited to apply. Grant awards average about $45,000 per year for two years, plus a graduate research associate whose cost does not count against the project budget.

This project focuses on one of Minnesota Sea Grant and National Sea Grant’s four main focus areas: Healthy Coastal Ecosystems (HCE) by investigating the extent and severity of a newly discovered aquatic invasive and/or nuisance blooming species in the region with an emphasis on cascading effects of this organism across trophic levels (both higher and lower). Data collected for this project will be linked to results from tributary and nearshore Lake Superior ecological and fisheries spawning data, including sensitive cisco spawning areas. Results will be incorporated into new Science, Technology, Engineering, and Mathematics (STEM) education programming delivered in-person and virtually by Science Museum of Minnesota (SMM) educators through K-5 programming at coastal schools and hands-on experiences for other students and the general public through partnerships with local, state, and tribal stakeholders.